Our conservation program seeks to conserve biodiversity in all its levels (species to communities to ecosystems) and is based on four coordinated strategies:

Continued vigilance and active maintenance of our bird sanctuaries which form our first priority zone and fall along an altitudinal gradient on the West slope of the Andes in NW Ecuador (see map below). Each of these private reserves connects to its surrounding ecosystem and neighboring forests forming what we consider ecological corridors, and this connectivity extends outwards mixing agricultural and forest lands with several towns and villages, all within the Tropical Andes and Tumbes-Chocó-Magdalena biodiversity Hotspots as characterized by Conservation International and others.

Together with local and regional stakeholders and seeking a proactive role, MCF will act to serve as an early alert in case of negative impacts and aggression against the forest in the nucleus, buffer and transition areas of the UNESCO Choco-Andino Man and Biosphere Reserve, and so we will coordinate actions to protect these forests and surrounding areas which fall within our second priority zone.

We will prepare and execute conservation plans for threatened (CR, EN, VU) bird species in all our priority zones, and also for those species considered ‘Umbrellas’ or ‘Keystone Mutualists’.

We will seek long-term conservation and habitat restoration opportunities in our third priority zone, a largely agricultural area coursed by alluvial rivers with remnant riparian systems stretching from Mindo to the Mache Chindul Ecological Reserve, a nearly isolated and threatened gem of humid tropical forests on Ecuador´s Coastal Range, split between Manabí and Esmeraldas provinces. 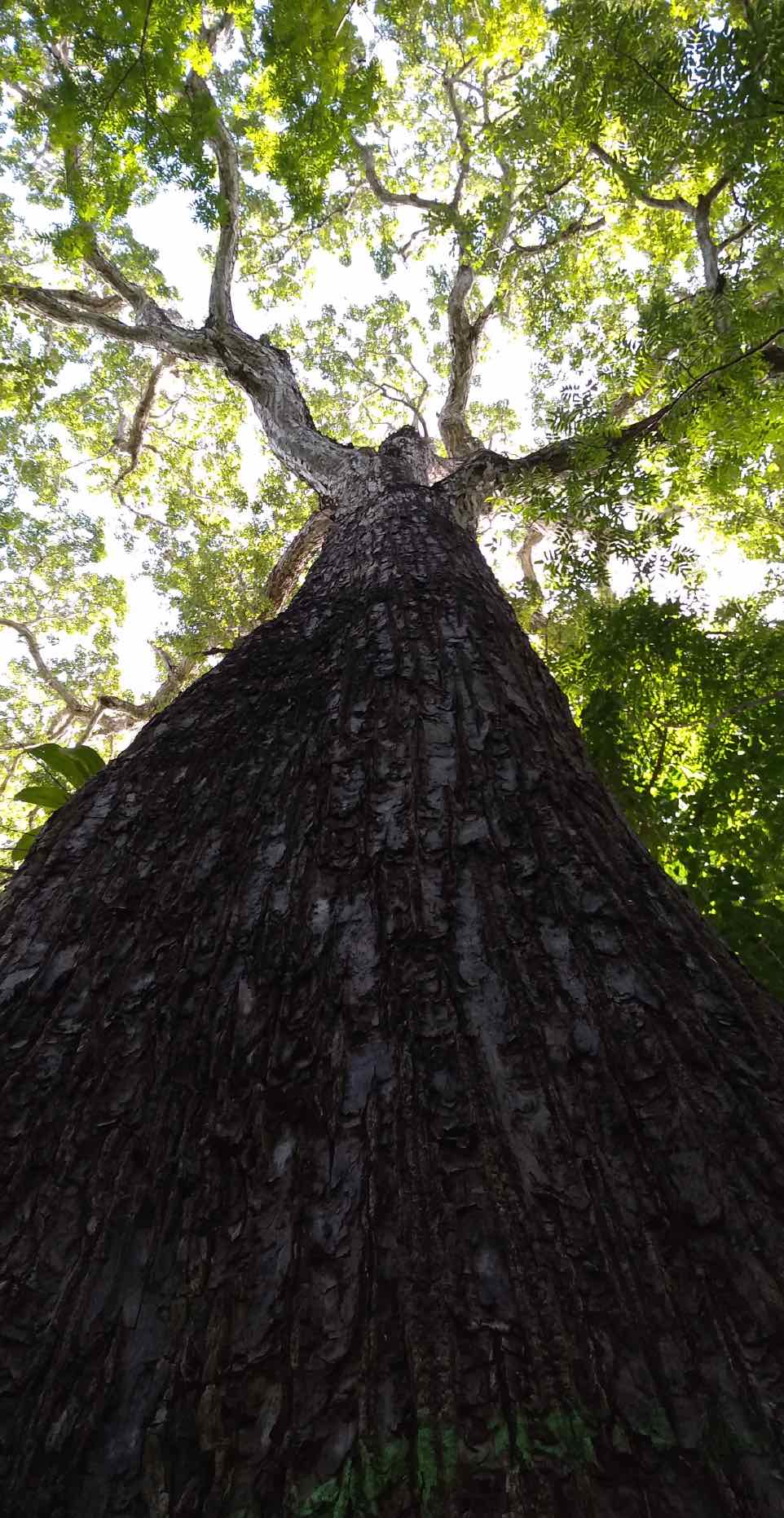 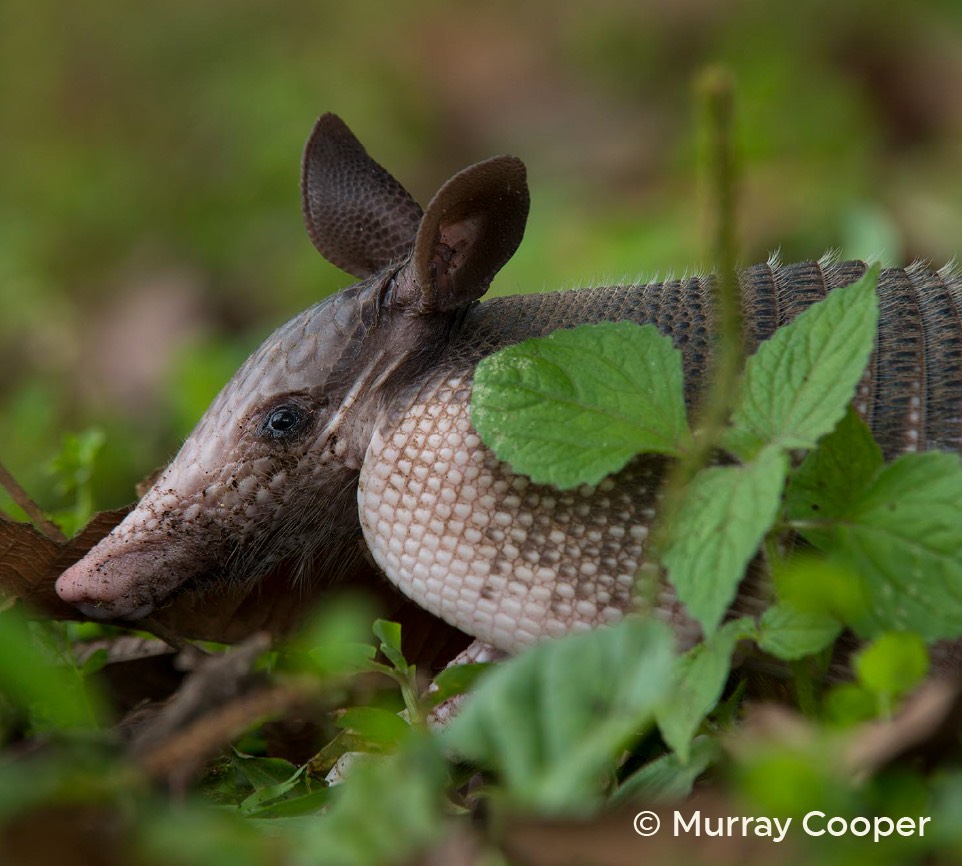 Our Vision states our conservation goals clearly: We see Northwest Pichincha province and the Choco-Andes Corridor as a model of harmonious living with the birds, the forests and an integrated landscape that´s resilient to climate change, where deforestation and the degradation of native forests has diminished significantly and at least 75% of current forests are conserved. Where the trend of shrinking bird populations and the loss of other regional biodiversity has been reversed through the restoration of habitat to guarantee their viability, where the larger fragments of natural ecosystems are connected by biological corridors that allow for the movement of wildlife and where the local population is recognized for its strong conservation ethic and its institutions are solid, transparent and committed to sustainable development. 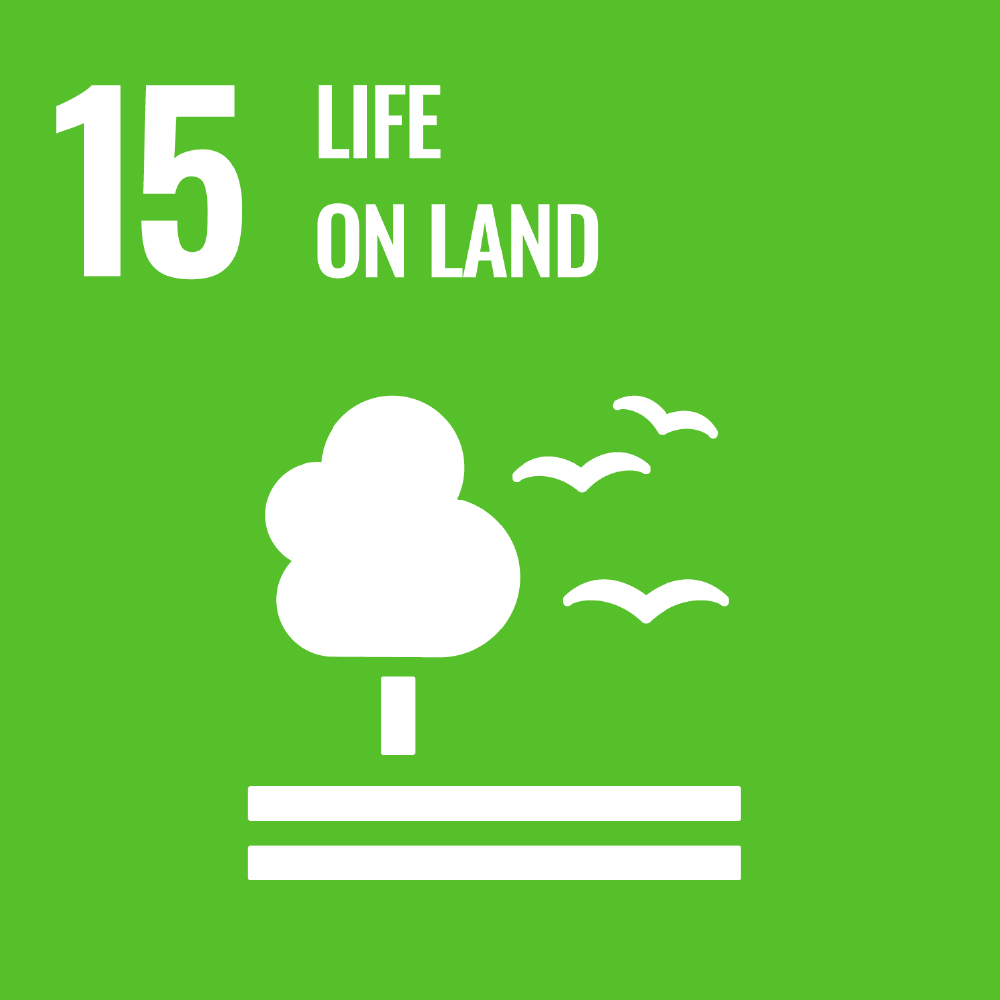 Our work in this program contributes to the UN´s Sustainable Development Goal #15 for Life on Land. You can help support us in this regard with a donation, volunteer work in our bird sanctuaries and more options soon to come! Your visits will help sustain our efforts.

This is one of the most biodiverse parts of the planet, including 4 Important Bird Areas (IBAs) according to BirdLife International in our second priority zone and touching on an additional 4 IBAs in our third zone. Cross referencing the International Union for Conservation of Nature (IUCN) Red List and our bird lists, our reserves protect habitat for 15 threatened species (CR, EN, VU). If we expand this vision to other taxa, like the Andean Spectacled Bear for example, the list grows and grows.

We also provide Winter habitat for 25 Boreal-Neotropic migrants, including 8 of special concern as defined by the US Fish and Wildlife Service. 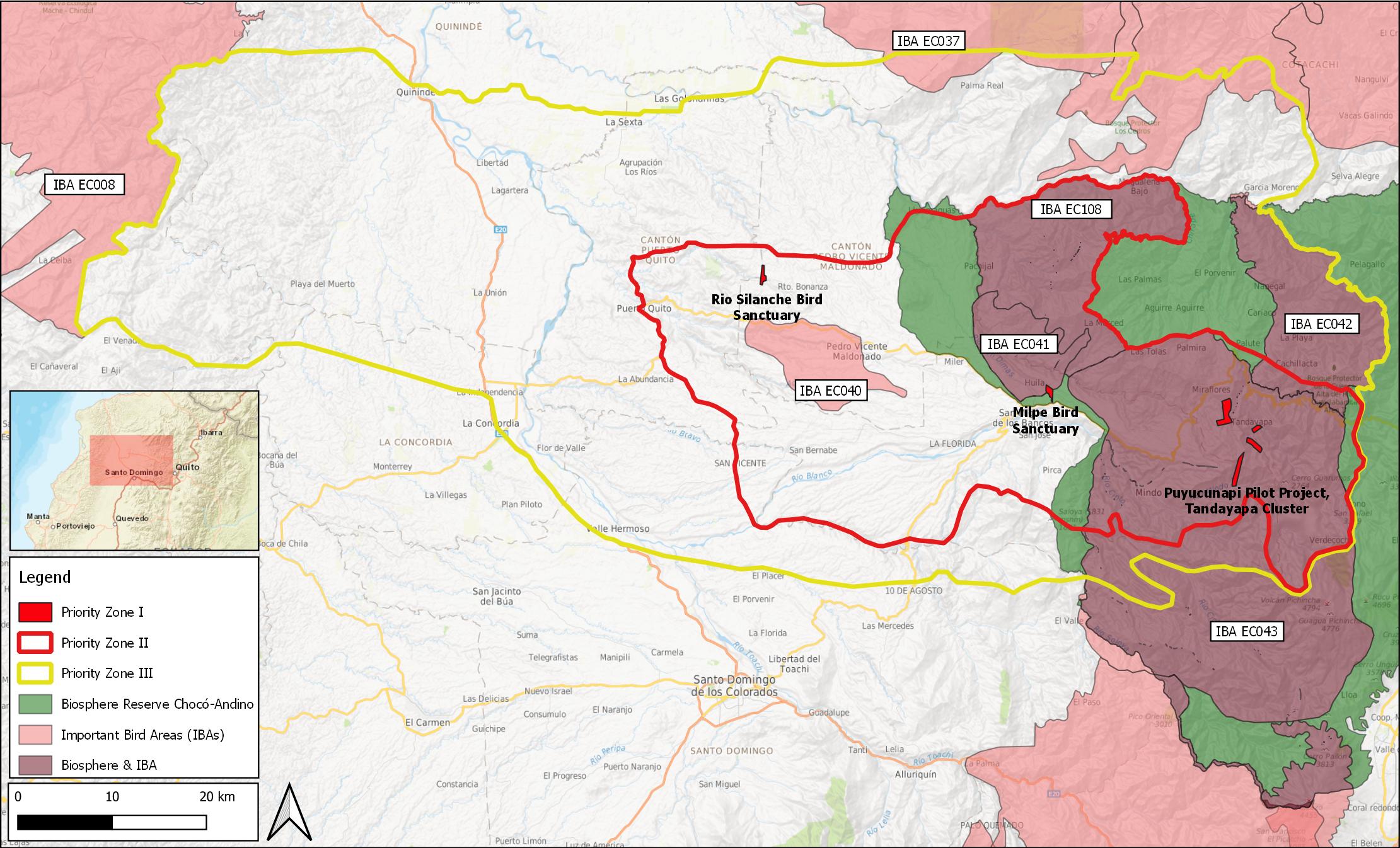 Landscape with a nucleus of well conserved forest in the Choco-Andino Man Biosphere Reserve surrounded by a mixed landscape with agriculture and pasturelands with fragments of remnant forests in adjoining areas of Northwest Pichincha province.