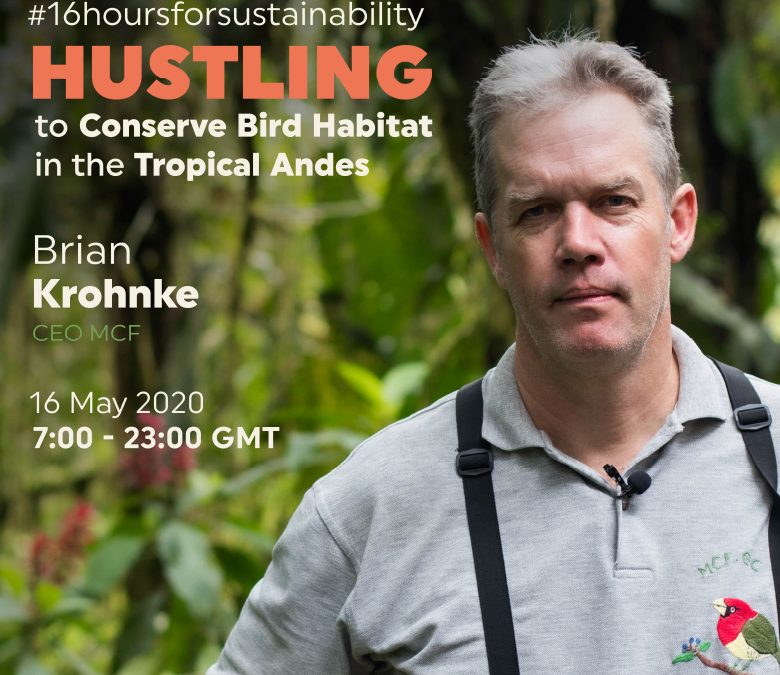 I was assigned, and I don´t mean to poke fun or minimize the valuable work and contributions of anyone, any ally who´s trying to help build a better world, but I´d like to turn now to a couple of questions that I´ve been hanging around with lately, things I´ve been wondering about, chewing on.

Let´s start with John Berger, an Englishman, art-critic and painter, brilliant thinker: Even before anybody did the hustle, I guess in the 1960s, he was writing about why we look at animals, a question I find interesting considering all the bird life and birders I´m always surrounded by.

Berger talks about our distancing and alienation from animals since the middle ages when all manner of animals were more part of our lives, most people had domestic livestock living in close proximity for food, materials and transport and certainly there would have been more birdlife present all around as forest cover was a much greater part of the landscape. We didn´t have to especially look for animals, they were already in our face.

Then with time, more and more animals were moved onto industrial farms, out of sight and mind, and wildlife was pushed further away as world forests were reduced. Bye animals, nice knowin´ ya.

Then, in the mid-twentieth century animals were moved back into our lives as pets and cartoons, as stuffed squishy toys for kids to play with. Also, for adults to play with they in a sense became items to list, to keep score. We look at them with nostalgia.

He also talks about and since his time (I think Berger passed in 2017) many more people have noted that the total biomass of living fauna (outside of insects) has devolved to the point where humanoids and farm animals represent something like 96% and wild animals, ever more and more shunted into a corner.

This forty year hustle, has also surely seen the total mass of asphalt track the loss of forest biomass, where morning In America tracks to loss, bereavement and mourning in the entire World, sold to us by Mad Men and a parade of shameless carnival barkers culminating in the &/$##”$#”&%/! … White House.(The censor made me take that part out.)

This tracking period, this hustle with these forty years of loss, derangement, world alienation (to quote a handful of authors we won´t go into here) Is more than semantic, really if we look back over the last 40 years, since the disco era, since we all began to hustle, you can tabulate – and I´m sure there are friends here who could put actual numbers on this – the majority ofworld historic biodiversity loss (a human asteroid strike like the one that hit the dinosaurs, in effect, welcome to the anthropocene), the lion´s share of global CO2 emissions, huge percentages of forest loss, degradation and fragmentation, and all this destruction has gone down meanwhile the conservation movement and really just about everyone I know – me too – we´ve been looking for the “win-win.” Damn. Be serious. Face facts. We´ve, with all this talk about winning, we, we meaning conservationists generally, have been losing. Big Time.

Like I just said, this is more than semantics, and brings us again to the need for speed, the time to hustle that I keep vamping on, especially considering that I get the sense that much of the audience today is a little younger than I am, about 30 yrs old on average according to one of the organizers. The coming 20 years, until you are 50 is key, do or die. It´s essential that we start to win.

Like I keep saying, I can be impatient always rushing around, but maybe 40 years of losing is enough? Ya think? So I want to ask you: When will we as conservationists, as people who want to have a decent future for coming generations, demand that the dialogue change, begin to demand more! When can we start to just plain “WIN” and not have to share that or water that down with someone else who also wins in the classic and oft repeated “WIN-WIN” – I´m included here, don´t get me wrong, I´ve said it a bunch of times already today.

I´d say today that maybe we could start by changing our use of the word “sustainability,” with no disrespect meant or intended for Momentum Novum and all the fine folks here. It´s easy, just switch it out, erase – delete the word sustainability – and paste in a new one. Let´s start using “survivability” to see if that helps us drive home the point, helps tilt the field in our favor.

Also perhaps, and with a big tip of the hat to Anand Ghiridharadas, I´d like to ask when will “win-win” lose? When can we really start working on projects, restoring habitats, protecting forests that put the financial, international capital, mega-mining and petro-dinosaur extractivist crowd on their heels. When did we learn that we should go about out business forever, our cute and soft NGO work without pissing anybody off? This might run counter to a lot of sustainability talk, but it´s high time to stop pretending that conservation interests can always be aligned with those of many other economic interests, that everybody can somehow win.

One case in point that´s been in the news, that may illustrate what I´m getting at here, a case from just before the coronavirus swept all our attention away. Right before the year-end festivities, on December 10th the NY Times ran the Headline:

Yes, sure I am aware that this brave attempt to hold Exxon accountable was about a finer point of law and transparency issues as to their shareholder reporting requirements, but there´s no way not to chalk this up as another big one in the LOSE column.

I´d say it´s time for the phase to shift, the paradigm to change, it´s time perhaps for a Green New Deal! OKAY, no political slogans here, but l´d like to ask you to reflect on something, something that requires first a little tangent, a little digression. Let´s go back for a second to the late 1970s, the disco era, when “The Hustle” and other masterpieces came out.

Somewhere in there a neighbor of ours published an op-ed in our local newspaper and it was important. Not necessarily that it was an important piece but important that someone we knew got something published at all, how quaint, no? Anyhow, the gist of her piece was that we were all living in nuclear denial and she sort of adapted some 12 step program lingo to the base-assed fact that every day and every hour there we were doing our things, living, knowing that at any given instant some crazies in DC or Moscow could blow us all to Mutually Assured Destruction. It was only denial, a willing suspension of horror perhaps, that let us go on about our daily routines. Surely I´m misquoting the article but it was over 40 years ago, so maybe you can all forgive me a little.

So, all that (meaning the Cold War) began to fade a bit, and as it was receding with the implosion of the Soviet Union, slowly and then more quickly, global warming, global weirding, climate change, the climate apocalypse took over the stage. What I´m trying to say is that I really grieve for the new generation, my kids´ generation, that now, another step down Dante´s journey to hell, they must either live under some kind of new-fangled double-denial, No the Nukes won´t get us, or No the Climate isn´t going to Kill us, or fight the nihilism and horror of two very realistic and ever present ways that this world we love may just become completely unlivable, a hellscape, a s*** sandwich.

To those of you who´ve stayed tuned in to the end, I invite and welcome your questions, and apologize if this all got a little grim, but please help in the fight to get us to some kind of survivability, perhaps via sustainability. 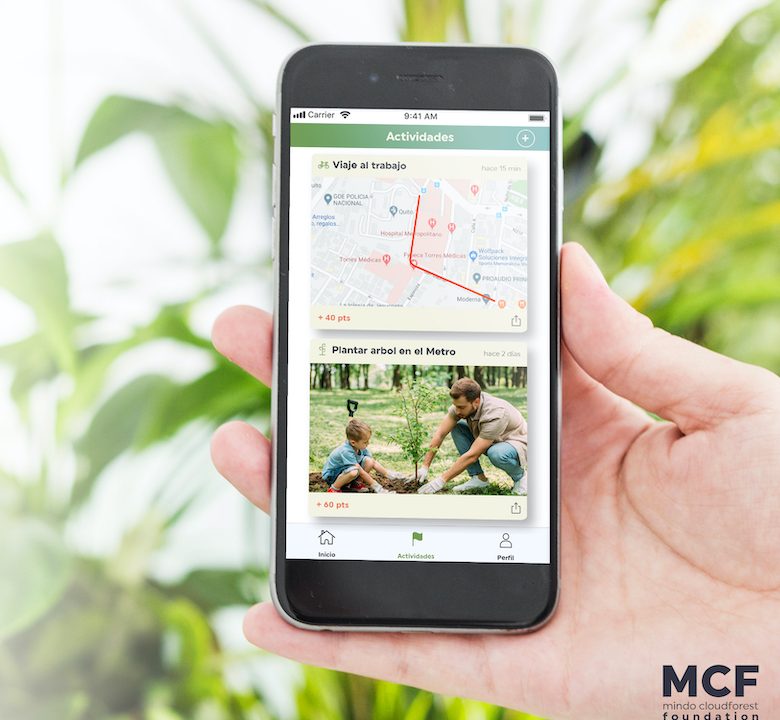 An “APP” to measure your actions in favor of the planet 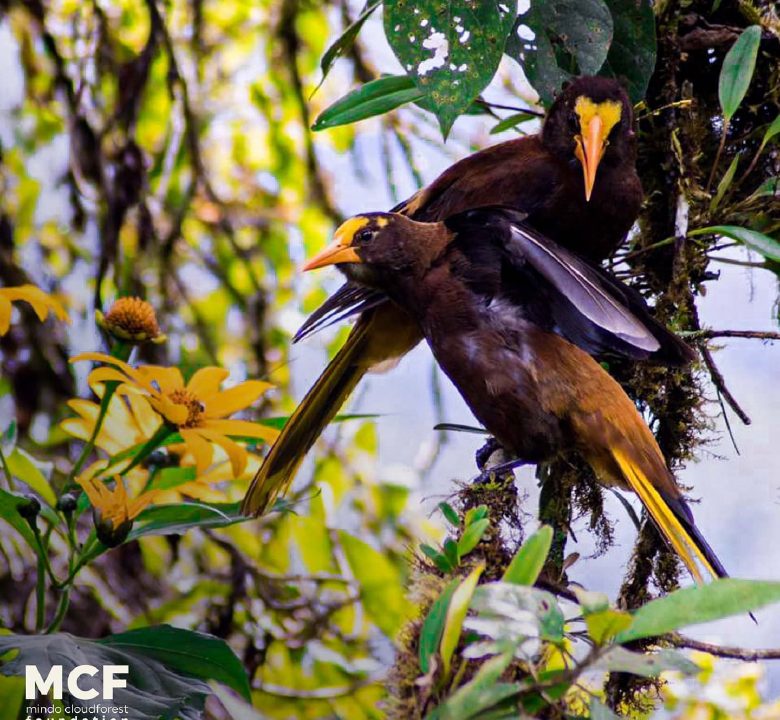 Update ⛅ from the Cloud Forest